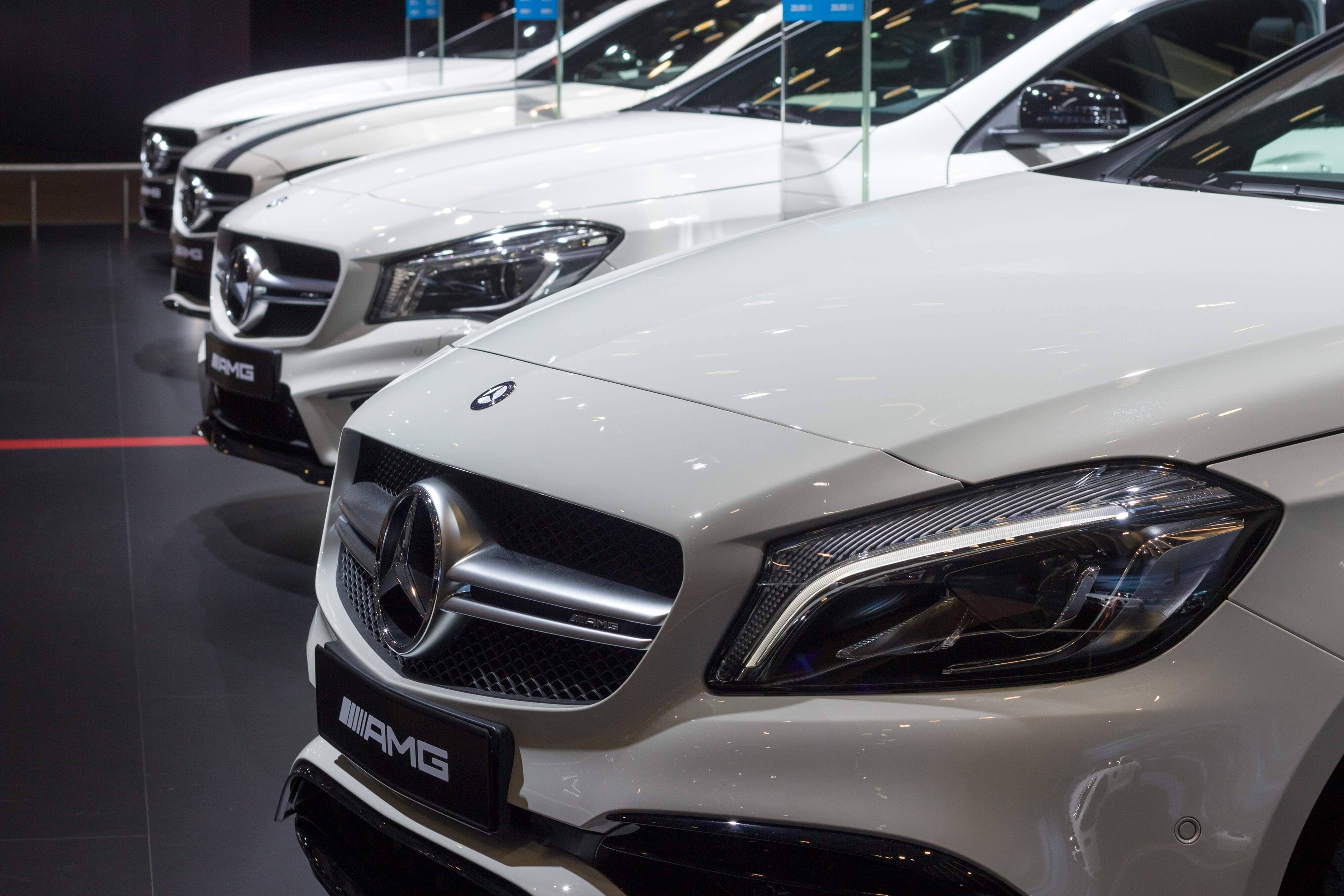 Own leasing without proof of income

The company Asko 96 EOOD was established much back in time. In 1990, at the beginning of democracy, when the car fleet consisted mainly of social vehicles and there was still no heating, servo brake booster, heated rear window and hydraulic power steering, Asen Kuzmanov established his company Sokol AC , in the village of Chepintsi, as a pioneer in the car trade. At that time, in the 1990s, car dealers already had the first used cars in stock - imported from Germany. With his commercial acumen, Asen Kuzmanov reacted smartly and corporately. By running his business smoothly and reliably, he quickly built a good reputation and thus laid a solid foundation for the flourishing car wholesale trade from year to year. Assen then passed on his knowledge and professionalism to his son Vasil, who in turn quickly developed the wholesale and retail trade in cars. He gave it its own identity and appearance.

Six years later in 1996, due to the expansion and relocation of the company on the Sofia Ring Road, a decision was made to establish a new company - Asko 96 EOOD. The company is named after the grandson of Assen Kuzmanov - Assen. In 2002 A second branch was opened in the village of Trud, Plovdiv. It is her first car show in the region. Under the leadership of Vasil Kuzmanov for Sofia and Stoyan Kuzev for Plovdiv, the company grew rapidly and established itself in the automotive industry. They started buying bigger and bigger batches of cars in order to meet the needs of the customers. The available car dealerships in Sofia and Trud turned out to be insufficient to meet the growing demand for used cars. The trust of the clients in the company and the growing interest, led to the decision in 2016 to open a third car show in Sofia. Today, on the easily accessible boulevard Botevgradsko shose 300, under the management of the grandson of Asen Kuzmanov - Asen Borisov, the third car show was opened. With the commissioning of the efficient and beautiful terrain, the management of Asko 96 EOOD responded to the wishes of its satisfied customers in the country and abroad. The employees of Asko 96 EOOD - V. Kuzmanov, S. Kuzev and A. Borisov say: "We are proud of the new place and we are completely ready for the future in the automotive industry."

Asko Group offer not only order, import and delivery of automobiles, but also its own leasing under very good conditions, warranty conditions after the purchase of a automobiles, as well as automobiles service. Asko Group is completely ready for the future with the three car showrooms, taking up an area of 12,000 m2. Asko Group, reliable professionalism for more than 29 years.

Autohouse ASKO GROUP was established in 2019. This is one of the few new generation showrooms with a modern vision and trained consultants in the field of automobiles sales and maintenance. The showroom has its own automobile service. Asko Group will impress you with its diverse fleet of luxury cars. You will find the car that is most suitable for you and your requirements. Asko Group showrooms work with extremely flexible conditions for buying cars - they have their own lease, through which you can easily plan your monthly budget.

I understand that if I want our company to be good, our customer relationships must also be good.I understand very well that a result can only be achieved when our customers also win. Trading is teamwork with mutual respect. Therefore, cooperation is absolutely necessary for a good result. In addition to my management activities, I visit my partners every day to keep in touch. We then monitor the development in the automotive industry and react to the changes together. 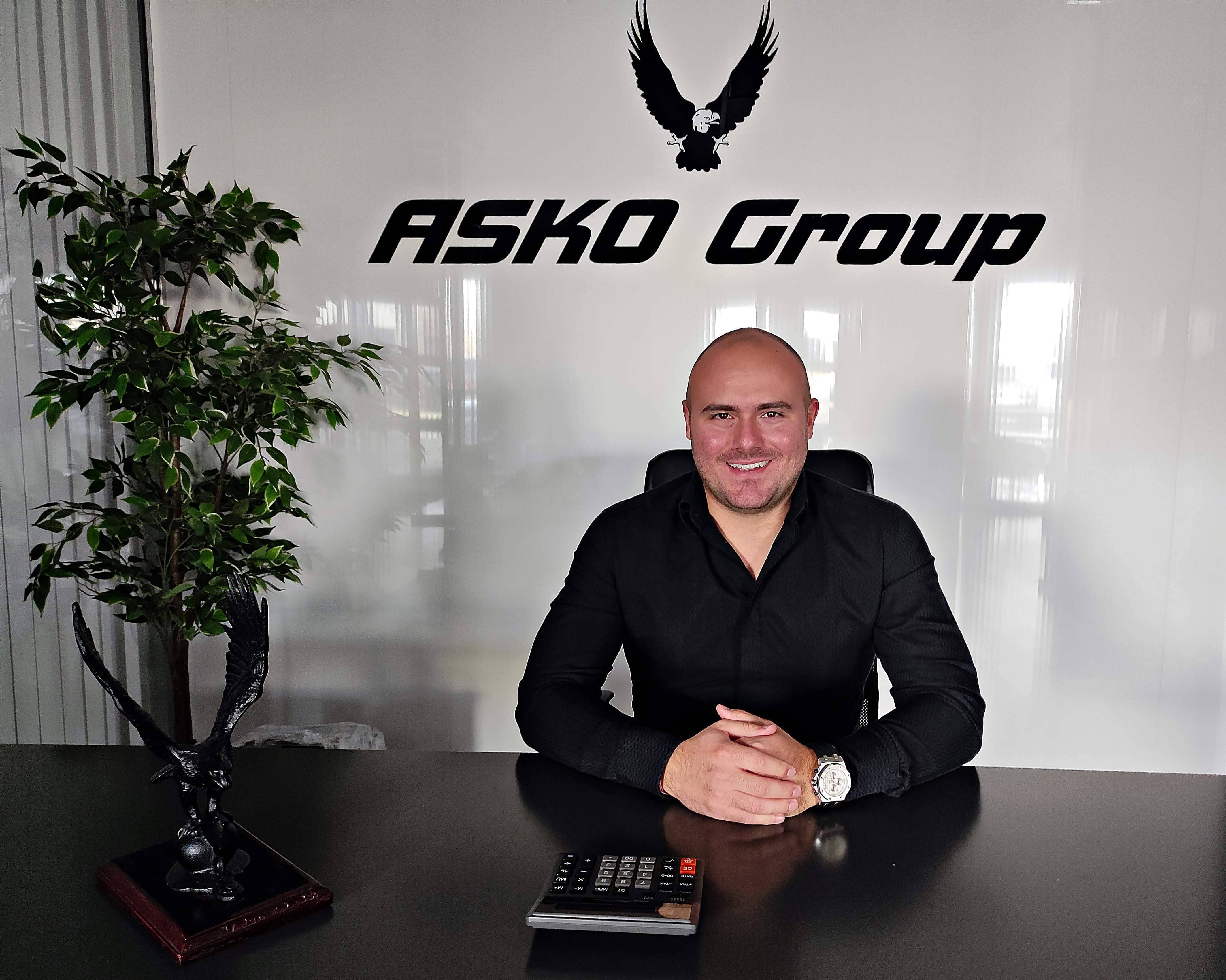 We prefer to be the best rather than the largest automobile dealer. Of course we want to be amongst the biggest car dealers in Bulgaria but I give much more value to being the best. That's why, I and the other two associates, are on a daily mission to buy quality. Asko Group is one of the largest dealers in the country with an annual turnover of about 1000 automobiles.

Asko Group works mainly with trusted well-equipped services. Each car undergoes mandatory technical inspection. Only then is the car ready for sale and delivery. Our associates arrange things precisely and quickly. The motivated associates of ASKO GROUP cooperate closely as a team. The correct and fast arrangement of things is of paramount importance. Effectively organized offices with modern equipment and software meet all the requirements for the future. The ASKO GROUP website offers partners all the necessary information. The availability and all data for the cars with photos are adjusted daily on the website. Asko Group employees are at your disposal and will be happy to help you.